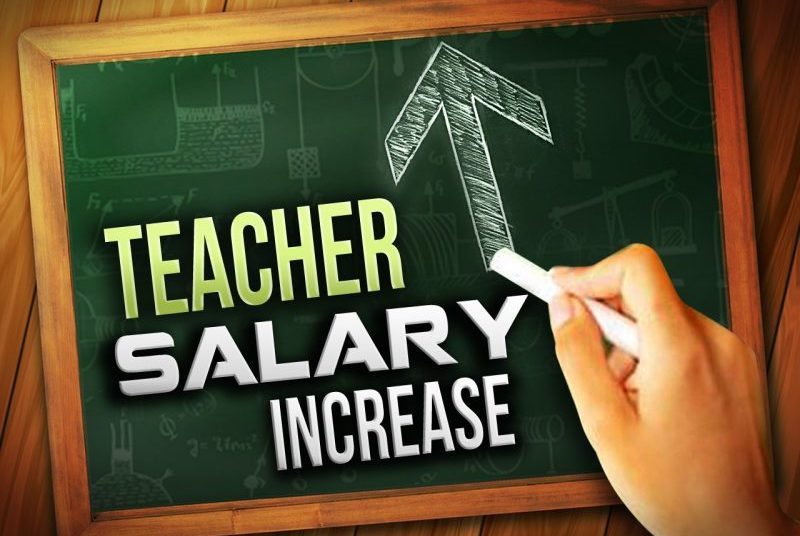 Public school teachers in Fairfax County will receive pay raises averaging 5% following the Board of Supervisors decision on Tuesday to narrow the gap between Fairfax County and neighboring school systems.

The school pay hikes were part of a total county budget of $4.29 billion, rising $192 million, or 4.6%, over last year. The spending increases will be partly funded through a two cent increase in real estate tax from $1.13  to $1.15 per $100 of assessed value. The budget, which takes effect on  July 1, was approved on a party-line vote by eight Democratic supervisors with two Republicans dissenting. The public school system will receive slightly over half – 53% — of the budget.

The teacher pay increase follows delivery of a two-year study showing that surrounding jurisdictions are luring Fairfax school workers with higher compensation.  “Education is the number one priority for the county and keeping our good teachers is essential,” said Supervisor Jeff McKay (D- Lee), Chairman of the Budget Committee.

“Every year we would hear anecdotal evidence that teacher pay was too low, but we needed real numbers and we asked for a study,” explained Supervisor John Foust (D- Dranesville), who sits on the budget committee.

The results were worse than expected. “What we discovered is that we were woefully below market rates with our teachers salaries,” explained Jane Strauss (Dranesville), chairperson of the school board.

The raises for teachers and other school workers average 4% in pay scale plus 1% cost of living adjustment. Teachers with master’s degrees and 10 to 15 years experience will receive increases averaging 6%, as will other well-educated professionals like social workers and psychologists. Workers at the bottom end of the salary scale, such as custodians and cafeteria personnel, will also receive increases averaging 6%. Administrators, whose salaries were deemed more in line with regional averages, will receive smaller increases, around 4%.

Foust noted that future increases in funding will have to be supported by growth in the economic base. As potential examples, he cited the extension of the Silver Line metro into Reston and development projects along the southern part of US Route 1 and Springfield.

Stephanie Witt Sedgwick is a member of the Dranesville District Democratic Committee and Virginia Democracy Forward. A former columnist and recipe editor for The Washington Post, she now writes a weekly column for mylittlebird.com.