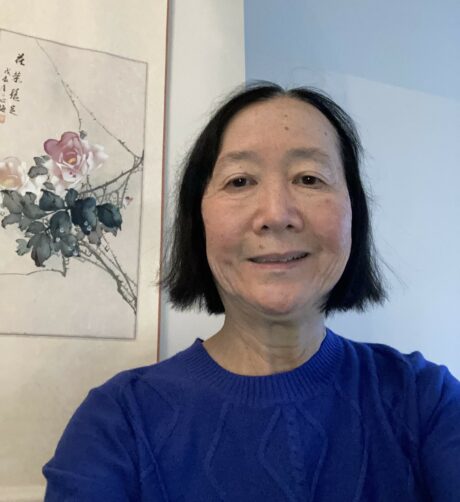 Important changes are in store for retirement, taxes, health insurance, and more

2022 is gone but the effects of legislation passed at the federal and state level will be with us for years to come. Below are some highlights of the changes made to retirement, taxes, health insurance and the minimum wage.

Thanks to the efforts of a bipartisan group of House and Senate lawmakers, the final 2023 Omnibus Bill that passed late last year included the following beneficial retirement provisions, many of which could help to increase retirement savings significantly over time as they take effect:

Auto-enroll. Currently, a company’s 401(k)-style retirement plan is not required to automatically enroll employees, leaving it to the employee to proactively choose to participate in the savings program. Under the new law, employers with 10+ employees will be required to have new retirement plans started after December 2022 auto-enroll employees, with contributions of at least 3 percent starting in 2025, increasing by a percentage point each year up to 10 percent or 15 percent. The new employees have the option to opt out.

Catch-up contributions. There are limits to how much anyone can contribute annually tax free to a 401(k), but someone who is at least 50 years old has been allowed by prior laws to exceed that amount by $6,500. That option was provided as a way to encourage older people to ‘catch up’ in case they hadn’t been able to save more earlier. The Omnibus Bill pushes the catch-up contributions to $7,500 (indexed for inflation) for age 50 and over in 2023 and $11,250 (indexed for inflation) for those aged 60 to 63 starting in 2025. For those making more than $145,000, catch-up contributions must be made on a Roth (after-tax) basis, starting in 2023.

Minimum distributions. The required minimum distribution (RMD) age–the age at which a person must start withdrawing money from a 401(k) or IRA retirement account–increases from 72 to 73 starting in 2023 and to 75 in 2033.  The penalty for not taking the RMD is reduced from 50% to 25% of the required amount and it is reduced further to 10% if corrected within 2 years, starting in 2023.

Roth RMDs. Prior to the new law, employer-sponsored Roth plans were subject to the RMD rules, but Roth IRAs were not. Starting in 2024, the two types of Roth plans are treated the same, with no required minimum distributions for any Roth-style plans during the owner’s lifetime.

Emergency withdrawals. Currently, if someone needs to make an emergency withdrawal from a defined contribution retirement plan before the designated age, that person would face a 10% penalty on top of the tax effect. The new law provides that anyone can add an emergency savings account up to $2,500 annually in a Roth account starting in 2024 with 4 withdrawals a year that are tax and penalty free.  Employers may be able to match the contributions. This change was made to ease people’s concerns about putting money into savings plans.

Student loans. The new law counts a payment that employees make toward paying off a student loan as if it were a payment into their retirement plan. Employers can then match that payment with a real contribution into the plan starting in 2024.

Bipartisan legislation that did not pass would have allowed workers to invest in low-fee funds similar to Federal workers’ Thrift Savings Plan, which have fees of 0.043 to 0.059% compared to an average of 1 percent or more for private plans.

The following changes made in other federal legislation will apply to taxes on 2022 income (for which the forms must be filed by Tuesday, April 18, 2023):

Student debt. Student loan debt that was forgiven does not count as taxable income.

Educator expenses. Anyone employed in the education field can expense up to $300 for such items as personal protective equipment and supplies as well as educational materials used in the classroom.

While the Omnibus Bill was quite comprehensive, some existing tax benefits on which agreement could not be reached were not included. Among those were the following: Congress did not pass an extension of the expanded child tax credit, which had no work requirement. It also allowed to expire corporate tax breaks for research and development, bonus depreciation, and interest deduction.

The following changes are applicable to taxes for 2022 income (which must be filed in Virginia by Monday, May 1, 2023):

Rebates. The rebate of up to $250 per filer that Virginia residents received in 2022 may be taxable for those who itemized in 2021.

Student debt. Student loan debt that was forgiven and is not being taxed at the federal level is also not taxable by the state.

Tax credit. The state now has a new refundable Earned Income Tax Credit (EITC) of up to 15% of the federal EITC.

The following changes are taking effect in the Medicare Program from other federal legislation:

Prescriptions. Several changes affect prescription-related provisions under Medicare. The first is that those enrolled in a Medicare prescription drug plan or who use a pump through traditional Medicare will not pay more than $35 per month for insulin starting in 2023. The second is that drug manufacturers will be required to pay Medicare rebates if their prices for certain Part B and Part D drugs increase faster than inflation starting in 2023. The third is that starting in 2024, there will no longer be a cost-sharing requirement for those with Medicare prescription drug coverage in the catastrophic phase. The fourth is that a $2000 out-of-pocket limit for Medicare Part D prescription drugs will take effect in 2025. Lastly, the Drug Price Negotiation Program, which allows Medicare to negotiate prices for specific drugs, takes effect in 2026, starting with 10 Part D drugs only, increasing gradually to 20 Part B and Part D drugs in 2029.

During the federal Public Health Emergency that was declared because of COVID, states could not disenroll Medicaid and CHIP enrollees, even if their income increased, in return for an extra 6.2 percentage point federal matching funding. Starting in April 2023, states can begin the redetermination of eligibility of these enrollees, with gradually decreasing extra federal matching funding. However, starting in 2024, states will be required to continuously cover children in Medicaid and CHIP, meaning that once a child is enrolled in Medicaid and CHIP, they cannot lose coverage for a year even if their family’s income changed. Virginia had not implemented this state option previously. Virginia Medicaid does cover pregnant women for 12 months after birth, which is a state option.

Marketplace premium tax credit subsidies provided to enrollees of insurance under the Affordable Care Act program will continue through December 2024, allowing enrollees to purchase plans with subsidized premiums limited to 0 to 8.5% of household income, depending on income level.  Spouses and dependents are now eligible for premium tax credits even if one spouse has access to an affordable employer health plan (less than 9.12 percent of income).

The minimum wage, which was $7.25 per hour in 2020, goes to $12 for 2023 and will be raised up to $15 by 2026. This change was passed into law in the previous administration when the Democrats still controlled the governorship and the General Assembly.

The 1.5% state grocery tax has been dropped starting in 2023. Governor Youngkin wanted to drop the 1% local grocery tax as well but that did not pass. Counties, including Fairfax, and cities can continue their 1% local grocery tax. The grocery tax, which is less than the 6% sales tax, applies to most staple grocery items, cold prepared food for consumption at home, diapers and other incontinence products, and feminine hygiene products.