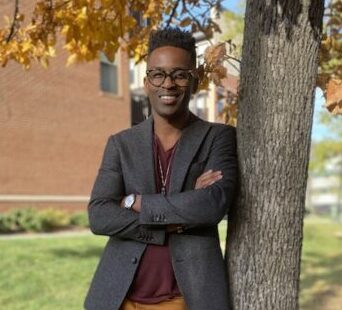 Author-Triston Chase O’Savio is a resident of Herndon, a litigation attorney at an AM Law 100 Firm, Fairfax NAACP’s Voter Protection Lead, and an Advocate for Civil Rights.  Triston also formerly served as an Adjunct Law Professor at Dickinson Law and a Federal Judicial Law Clerk in the Middle District of Pennsylvania.

Voter Protection: Will the Election Integrity Unit Live Up To Its Name?

Many voters are concerned that there will be chaos and conflict at this week’s mid-term election. It is possible that far-right extremists will try to unlawfully influence the results of the election, either by intervening in the election process, encouraging poll workers to violate election law, or intimidating or harassing other voters.

Unsubstantiated claims of widespread voter fraud have created unprecedented skepticism regarding the integrity of our democracy and our electoral process. Numerous states have enacted unnecessary voting restrictions and created new government entities as a result.

Earlier this year, Virginia Attorney General Jason Miyares created the Virginia Election Integrity Unit, despite acknowledging, “there was no widespread voter fraud in Virginia or elsewhere in the country.”[1] Tax dollars have been reallocated to finance the new unit, consisting of attorneys, paralegals, and investigators, to “ensure legality and purity in elections,”[2] Unfortunately, the creation of this unit and the allocation of significant taxpayer resources gives the impression that widespread voter fraud continues to be an issue in Virginia, despite overwhelming evidence to the contrary. Miyares emphasized that “[i]t should be easy to vote, and hard to cheat.”[3] Yet new threats of prosecution, could have a chilling effect on voter registration and turnout, especially for low-income Virginians that struggle with housing insecurity and communities of color.

The official purpose of the Integrity Unit is “to provide advice, support, and resources to ensure that Virginia election law continues to be applied in a uniform manner, and increase confidence in our state elections.”[4] It has the ability to investigate any violation of Virginia’s election laws, which also clearly make it “unlawful for any person to hinder, intimidate, or interfere” with any qualified voter’s ability to cast their ballot.[5] If the Integrity Unit truly wants to build confidence in the electoral process, it should allocate the more attention to protecting qualified voters and addressing misinformation than investigating the extremely rare cases of voting fraud.

A few weeks ago, voters in multiple towns throughout Fairfax County, including my hometown of Herndon, received redistricting mailing from the County election office that listed the Stacy C Sherwood Community Center in Fairfax City as the ordained precinct polling location. However, Fairfax City is not a part of Fairfax County; it’s an entirely separate jurisdiction with different candidates. Based on this misinformation, it is possible that dozens of voters from Fairfax City will travel to Fairfax County and attempt to vote, only to be turned away. Depending on where you live in Fairfax County, the drive to Fairfax City could take up to 30 minutes. This administrative error by the state has already created confusion and could prohibit voters with limited time and resources from reaching their proper polling place on election day.  If the Attorney General of Virginia is serious about protecting the integrity of our democracy and restoring confidence in our electoral system, his administration needs investigate the government’s role in disseminating this false and misleading information and take appropriate action if anyone is unable to vote as result.

Make sure you have the correct information for your polling location.[6] It is hard to conceive that more than 40% of Virginia’s registered voters did not participate in the 2018 midterm election,[7] and this does not even encompass the number of eligible voters that were not currently registered. We need as many people as possible to come out and vote if we want our democracy to truly represent the will of the people. If you are turned away on election day, if someone interferes with your ability to vote, or you witness voter intimidation, report it to the appropriate authorities immediately.

Do not let anything or anyone keep you from exercising your constitutional right to vote. There is so much at stake in this year’s mid-term election. I call on all Virginians, regardless of your race, gender, religion, political party, or socio-economic background, to get out to vote on November 8, and at every opportunity thereafter. Our ancestors fought so hard to guarantee our ability to participate in our democracy. We cannot let their sacrifices go in vain at this crucial moment in history.