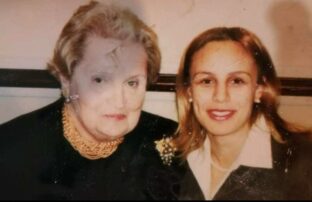 The Need to Stand with Ukraine:

In the 1960s, an antiwar slogan asked “Suppose they gave a war and no one came?” In the dystopia of the 21st century, Putin hoped no one would come as he waged an undeclared, unprovoked, and illegal war against Ukraine. However, the brave-hearted Ukrainian people did show up and continue to stand up for their nation, their homes, their families, and their very right to exist.

The Ukrainians have worked hard to beat back not only the Russian military but also the Russian propaganda machine, shining a light on Putin’s war crimes and fabrications. NATO countries have, albeit a bit slowly at first, found the will to “show up” as well, providing increasing levels of financial, humanitarian, and military support. This support has been critical because the Ukrainians can’t do it alone. But it is not yet sufficient. The U.S. now needs to bolster NATO, the UN, and UNESCO resolve.

Also at issue is how best to provide the most effective support. Among the options would be for the U.S. and its allies to move more decisively to exert pressure on Putin through nonmilitary measures such as: 1) a collective oil embargo; 2) a travel ban on Putin, his military attaché, his entire cabinet, and all Russian related cultural and sports events, and 3) a withdrawal of Russia’s membership on the Security Council.

The Ukrainians have already charged one captured Russian soldier with war crimes and are documenting war crimes wherever possible. Putin must also be tried in the Hague for War Crimes and held to account for his illegal preemptive attack on Ukraine.

Just-war theory or preemptive response to aggression are legal terms regarding how nations must conduct themselves in war. Just-war theory or jus ad bellum is factual, leaving no gray area. Jus ad bellum addresses the use of force amongst states and the conditions under which states may legally and justifiably resort to war or to the use of force (e.g. self defense). In international law, there is no such thing as a legal preemptive response to aggression where no aggression occurred.

Russia’s invasion of Ukraine is clearly illegal. Russia has violated humanitarian law and international law. By comparing Ukraine to Nazi Germany, a comparison absurd on its face, Russia President Vladmir Putin is trying “to twist history” to justify the war, Secretary of State Antony Blinken said to senators during a committee hearing last week.

There is also Jus in bello, or just in war which are laws governing how a state should conduct itself when the war has started. Under those criteria, for example, religious sites, schools, and hospitals should be off limits to bombs and shelling.

Pundits often say that Jus in bello doesn’t advance peace. It clearly has intrinsic value in that, if abided by, it limits the civilian loss of life until a peace accord can be reached. But it also advances peace because it’s inverse–targeting of innocent civilians–makes peace more difficult to attain. Thus, when Russia trapped innocent civilians in the Ukraine steel plant in Mariupol, it created a provocation for a more protracted and deadly war. It escalated the conflict. Moreover, Russian forces bombing a Luhnak school where 90 people were taking shelter and two people died undermined the likelihood of a cessation of hostilities.

Blinken gave a sense of the extent of Russian atrocities at last week’s Senate Foreign Relations committee hearing. He testified that Russian soldiers have placed bombs inside the toys of Ukrainian children and also in the washing machines. This blatant attack on women and children offers yet more evidence that Putin is violating the rules of engagement in war.

Additionally, UN human rights chief Michelle Bachelet, told the UN Human Rights Council that more than 1,000 bodies of civilians had been recovered around Kyiv, some “summarily executed.” She further noted that thousands more civilians are estimated to have been killed in Russia’s assault on the southeastern port city of Mariupol. And the New York Times reports that “Chancellor Olaf Scholz of Germany said at a news briefing that Ukraine should expect to deal with the consequences of Russia’s war, including unexploded bombs, ‘for 100 years’.”

It’s also important to note that Ukraine is only the latest in a string of militaristic actions taken by Putin, whose territorial ambitions represent a threat beyond Ukraine. As far back as 2017, Russian journalist Yevgenia Albats noted in an interview with PBS’s Frontline that Putin was investing heavily in Russia’s military capabilities. “He’s preparing for another war,” she said at the time.

Absent resistance from the West, Putin will continue his drive to annex territory and to expand his autocratic rule.

With regard to Ukraine, Putin has not shown any change of intention. As DNI Director Avril Haines told the Senate Armed Services Committee on May 10, “Putin is preparing for prolonged conflict in Ukraine….” Haines further noted that despite his seeming shift to the Donbas region, his larger strategic goals remain unchanged in part because Putin “judges that Russia has a greater ability and willingness to endure challenges than his adversaries. And he is probably counting on U.S. and EU resolve to weaken as energy prices get worse.”

For now, Americans on both sides of the aisle stand fairly united around support for Ukraine as evidenced by the May 9 House vote for more aid. As the New York Times reports, “The House on Tuesday night passed a $40 billion military and humanitarian aid package for Ukraine in an overwhelming 368 to 57 vote, weeks after lawmakers overwhelmingly approved $13.6 billion in emergency aid for the war effort. That total — roughly $53 billion over two months — goes beyond what President Biden requested and is poised to amount to the largest foreign aid package to move through Congress in at least two decades.”

But this conflict comes at a time when inflation in the U.S. is near a 40-year high. Americans will increasingly feel real pain as they face rising prices at the gas pump. Putin counts on all of that as virtual weapons that could weaken the will of those currently supporting Ukraine.

Putin initially thought he could take Ukraine without a real fight. The Ukrainians surprised him with their resistance, and the U.S. and its allies surprised him further by standing with Ukraine.

Americans and their allies have the chance now to surprise Putin yet again by remaining resolute in the coming months despite the difficult political and economic challenges they are sure to face.

Reese Espy Glassman graduated from American University with an International Law degree and has worked collaboratively with the NSC, and White House while working on the House Foreign Relations Committee. She teaches international law at several Universities. Sherry Harowitz is a former journalist and editor who has covered a wide range of issues, including terrorism and security.

The picture included with this article is Former Secretary of State Madeline Albright and Reese Glassman taken at a House Foreign Relations Committee briefing.