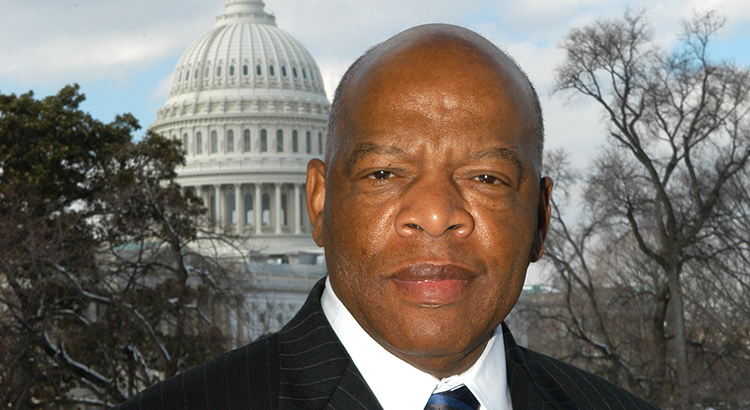 Author: Reese Espy Glassman was the Staff Director on the House Foreign Relations Committee and the U.S. Committee for Refugees and Immigrants. She has a degree in International Law from American University.

On December 14, the Fairfax County Public School (FCPS) Board created the John R. Lewis Leadership Program at Lewis High School. The program, which will be integrated into the core curriculum, will focus on civic education. Students will learn about government, leadership, public policy, and human rights as well as how individuals can make a difference by being engaged in their communities.

Approval of the program was the culmination of a year-long effort begun in December 2020. Leading this initiative was Karen Keys-Gamarra, FCPS at large school board member. At that time, Gamarra asked the board to explore the possibility of establishing a leadership academy that would teach children about civic engagement as practiced by the school’s namesake. “This initiative was very important to the community in which I serve.” Gamarra said.

Spurred on by the January 6 attack on the Capitol, Gamarra reached out to the community, education and business leaders as well as FCPS and government officials to win support for the program. The Bipartisan Leadership Project assisted in gathering input from more than 70 community leaders, and the Lewis Academy Now nonprofit group contributed its efforts to move the program forward.

Thanks to all of those efforts, the proposal was unanimously passed by the school board committee with earmarked funds, Gamarra noted. As a result, the students of the newly named school (which was formerly Robert E. Lee High School) will enjoy substantive changes to their curriculum with new programming, internships, and possible college credit as an enhancement to their academic pursuits. With the continued help of both community and student advocacy, this program will serve all students of the school for years to come and will hopefully serve students from across the county when the program expands.

It is heartening to be able to cap what has been a challenging year with such positive news for the future. Readers who want to learn more about the school and student activities, plans, programs, and progress, can click on the following links: student videos, proposed plans,  celebration highlights.