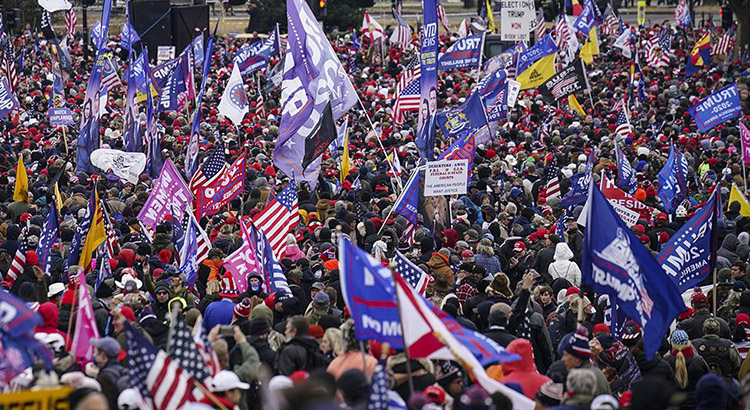 Today, a mob of Trump supporters stormed the U.S. Capitol building in an attempt to overthrow our government. It is not surprising that the continued conspiracy theories and outright lies originating from Mr. Trump and his Republican allies have finally incited these illegal acts. I call on Republican organizations in Fairfax County and across Virginia to join us in condemning this act of terror. We must have swift justice for those who aided and abetted these terrorists.

We are thankful for the law enforcement officers that helped protect the Capitol building and keep Congress safe; however, it is critical to note how different the posture and planning of the security presence at the Capitol was today compared to previous events. The stark contrast in the treatment of thugs and terrorists at the Capitol, versus the treatment of protesters after the death of George Floyd, demonstrates that there are very real systemic differences in how law enforcement deals with the citizenry based on their race and ideology.

Videos have emerged of police officers letting the rioters into the building, joking with the insurrectionists, taking selfies with them, and letting them leave without arresting them. We must root out and eliminate all racist elements within law enforcement and push for reform and civilian oversight. We must learn how the Capitol building was so poorly defended, and the executive team of the Capitol Police must be held accountable.

Fortunately, the president has less than 14 days left to cause harm as the leader of our great country. We are encouraged by electoral victories in special elections in Virginia and the Georgia runoff on Tuesday. Knowing that President elect Joe Biden and Vice-President elect Kamala Harris will soon lead a new Democratic United States Government gives us hope that we can begin solving the very real issues facing our country.