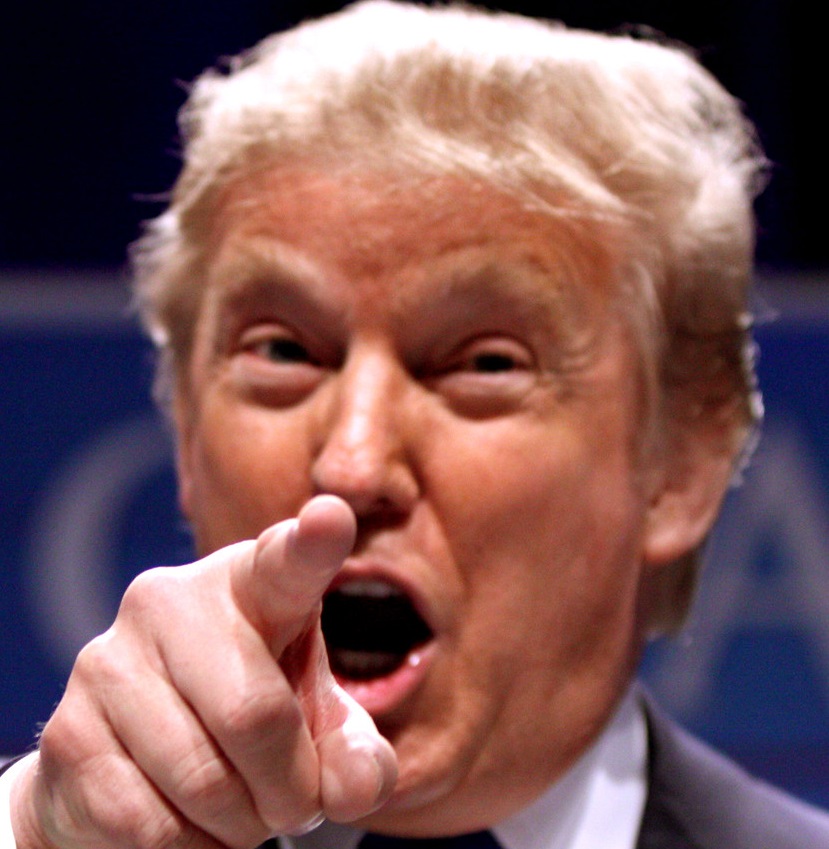 Do you think Donald Trump needs to see a psychiatrist?  Do you still need more motivation to get involved to get Trump out of office in November?

If your answer is yes to either question you need to read the “Dangerous Case of Donald Trump: 27 Psychiatrists and Mental Health Experts Assess a President” By Bandy Lee, M.D., M.Div., from Macmillan Publishers.

Lee is an assistant clinical professor of law and psychiatry at the Yale School of Medicine who organized a conference at Yale in April of 2017 with the title “Does Professional Responsibility include a Duty to Warn?”

The purpose of the conference was to discuss with her colleagues their mutual concern about Pres. Trump’s potentially dangerous behavior, and their duty to speak publicly about it.

The book, a New York Times best-seller, is a product of that conference.  It is filled with essays by healthcare professionals who comment on the danger Trump poses to us all.

Typical is an essay by Philip Zimbardo, Ph.D., and Rosemary Sword, who argue that Trump’s personality type is an unbridled, or extreme present hedonist.  These people live in the moment, say what is necessary to pump up their ego due to low self-esteem and are not concerned about the result of what they say or major decisions they make.

After having reviewed written and recorded materials concerning Trump, Zimbardo and Sword assert that he is among the most extreme present hedonists they have ever witnessed.

Does that sound like someone we have all been observing at press conferences for over three years?

The book is divided into three parts.

Part 1: The Trump Phenomenon includes Zimbardo and Sword’s essay and others such as “Pathological Narcissism and Politics: A Lethal Mix “, by Craig Malkin, Ph.D., and “Sociopathy” by Lance Dodes, M.D.

Part 2: The Trump Dilemma has titles like “The Issue Is Dangerousness , Not Mental Illness” By James Gilligan, M.D., and “A Clinical Case for the Dangerousness of Donald J. Trump” By Diane Jhueck, L.M.H.C., D.M.H.P.

Part 3:  The Trump Effect has chapters such as  “Trump Anxiety Disorder: The Trump Effect on the Mental Health of Half the Nation and Special Populations”, by Jennifer Contarino Panning, Psy.D., “Birtherism and the Development of the Trumpian Mind-Set” By Luba Kessler, M.D., and “Trump’s Daddy Issues: A Toxic Mix for America”, By Steve Wruble, M.D.

Since the book was published in 2017 and we have observed more of Trump’s outrageous behavior since then, including the bungled covid-19 response, I spoke with Dr. Bandy Lee for an update on what she has observed.

Motta: Your book was published in 2017.  How has President Trump’s behavior changed since then?

Lee: People thought he would pivot and be more presidential but everything we predicted has unfolded as we warned, such as that he would grow more dangerous over time, break down norms and surround himself with sycophants.  The government now reflects his psychology, as we said it would.

Motta: If Trump realizes he is going to lose the election in November could the stress incapacitate him by stroke, heart attack, mental breakdown, etc.?

Lee: He is breaking down already, but it would be a mistake to believe he will just collapse.  More likely, he will reach for more, and more dangerous means to rescue his fragile self-image.  His evident goal is to stay in power.

Motta: If Trump loses the election will he accept the result?

Lee: All indications are that he will not. It is dangerous to depend simply on constitutional processes or the law, since these systems require mental health, and they have already been perverted if not destroyed except in name.

Motta: Why do people still support Trump after three years of his erratic behavior?

Lee: They have made a psychological investment in him and the more they invest the harder it is to turn back.  You may note that they merely double down or grow defensive when challenged.  This shows that they are unable to consider other options and cannot face being ostracized from the group that now derives its identity from supporting him.

This is how a personality cult forms.  You have at the top someone like Trump, who has no respect for the average voter, but actually disdains them, and so he will have no compunction about luring them in, beguiling them into serving him, and then entrapping them as he usurps their personhood.

Motta: How do Trump and his supporters compare to the Jim Jones cult?

Lee: There is little difference, except Trump has a bigger podium, and social media and fake news bubbles isolate people for him.  In addition, he conditions his supporters to reject the real news media by calling them “the enemy of the people.”

Motta: Regarding covid-19, Trump is pushing for states to re-open, and a large number of his supporters are over age 50, putting them at higher risk, so he could be potentially killing his own supporters.  This does not make sense.

Lee: You are thinking rationally, Trump is not rational.  He wins through bullying, and re-formulating reality, not by fixing it.

The writers in Lee’s book took a professional risk, as the “Goldwater Rule” of the American Psychiatric Association (APA) prohibits members from publicly making diagnoses of public figures without an examination and permission from the subject.

The rule dates from 1973, and stems from the presidential campaign between incumbent Pres. Lyndon B. Johnson and Sen. Barry Goldwater in 1964.  At that time, over a thousand psychiatrists commented through a magazine survey that Goldwater was not psychologically fit to be president.  The rule was designed to prevent this from happening again due to the harm it can cause to individual reputations and that of the psychiatric profession.

APA leadership in fact strengthened the rule within two months of Donald Trump’s inauguration. Before, the rule prohibited only diagnosis without examination and approval. Now, it prohibited any comment of any kind on the behavior and speech of public figures, effectively becoming a gag order, which Lee opposed.

In any case, conference participants – not all of whom were APA members —  believed their responsibility to warn Americans of the risks posed by Trump’s mental state outweighed the restrictions of the Goldwater Rule.

Although the book was a best-seller, and has been followed by a second edition with more essays from mental health professionals, Lee believes she has been hampered in her ability to get her message out due to opposition from the APA. She herself discontinued her membership in 2007 due to the fact, she said, that it was receiving 30% of its funding from the pharmaceutical industry.  She thinks that this cozy relationship is not in the interest of patients.

What scared me when I started to read the book was how Trump’s behavior fits into a dangerous personality profile and how it confirmed my own suspicions about his personality.  He may not be “crazy” but due to the position he occupies, his extreme personality poses a threat to the world.

In sum, if you want an academic explanation for Trump’s bizarre behavior I highly recommend this book, but if you are already having trouble sleeping at night because he reminds you of the Mad King on Game of Thrones, then read that instead because it’s fantasy fiction.

Trump, on the other hand, is our reality.  Before you go to bed tonight say a prayer that Lee and her colleagues are wrong.

Marcus R. Motta is a retired federal law enforcement officer with 32 years of service. He is a member of the Springfield District Democratic Committee